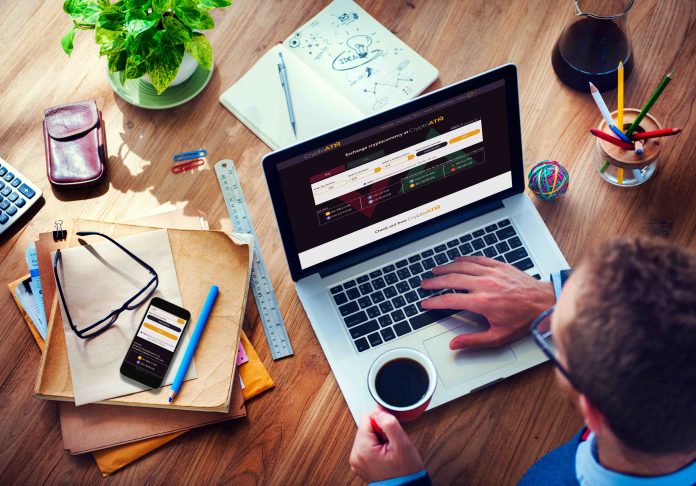 Although among the traditional investing experts opinions on cryptocurrencies vary, it is undeniable that it’s a dynamically developing market, with its worth increasing every year. More and more people decide to use and invest in digital currencies, tempted by the wide range of application and potential gains. Before jumping into the deep cryptography waters, however, it’s important to learn a few rules of this market.

Cryptocurrencies are a very varied type of assets, with many different characteristics and uses. Most cryptographic currencies can be assigned to one of the two categories: coin and token.

Coins, or e-coins, remain faithful to the original purpose of cryptocurrencies and serve as a digital replacement for “traditional” money. Their main purpose and aim is to free the users from restrictions and fees imposed by banks. Coins are characterized by their own blockchain, used to verify and store transactions.

Tokens, on the other hand, went a bit further, representing not a monetary value, but a service, product, or a share. Unlike coins they don’t have their own blockchain, usually functioning within a concrete platform, company, or a service. Because of this assessing their value and investing in them is a little more complicated, as it depends heavily on the type and use of the chosen cryptocurrency.

There are also digital assets that do not belong to either of these categories. Dogecoin can be used as an interesting example, as it was named after one of the most popular internet memes, and its value is mostly sentimental, the coin itself serving as a collectible. Bitcoin also can be counted under the “other” category, as it is slowly becoming a store of value instead of an e-coin.

It’s very important to be aware of this classification, because it helps with choosing the best strategy and allows for preparing tools best suited for the chosen cryptocurrency. These are all very important decisions that should be made before starting to invest. Investing in cryptocurrencies – see the difference

Despite a similar name, cryptomarket has very little to do with the traditional stock market. Their rules and optimal strategies differ greatly, as does the characteristic of the available assets.

Cryptocurrency market is subject to a much smaller number of laws and regulations, making it much more dynamic and unpredictable. This is caused by a few interconnected reasons:

The characteristic of the offered assets

Cryptocurrencies, unlike the more “traditional” money, exist only in the digital form. Additionally, the only kind of cryptocurrencies that have any ties to any other assets is a small group of coins, called “stablecoins”.

The core values of the cryptographic market

The original intention behind cryptocurrencies as a whole was to become independent from external regulations and influence from middlemen and other third parties. Equally important goals, deriving in a way from this independence, are the highest possible degree of decentralisation and the anonymity of users.

A relatively short history of cryptocurrencies

It’s worth remembering that the first functioning e-coin was created barely 10 years ago and wasn’t very popular in the beginning. The development of the digital money market, although very dynamic, has been going on for a relatively short time. Because of this no concrete consensus was formed yet when it comes to their usage, trade or even legal status and legality in general.

Due to these reasons, the cryptomarket follows a different set of rules than the ones known from economy textbooks. The prices of assets are not determined by a mathematical formula, insteading being a subject of speculations, based mostly on their popularity, functionality, and “media presence”. Because of this the prices of different coins and tokens can change many times within a day or even a few minutes. The only “permanent” rule is the law of supply and demand and its direct derivatives. As a consequence, strategies of cryptocurrency trading look very different, with selling during the panic not only being a proper, but recommended course of action, and holding back and waiting for the situation to stabilize might prove fruitless.

The form of investing in cryptocurrencies

Short term investing is done with fast and frequent transactions, taking advantage of relatively small price changes that occur within a day or up to a few days. Due to the previously mentioned dynamics of the cryptocurrency market it’s a fairly popular method which allows for continuously managing the user’s units and minimizing losses. However, it requires a highly developed sense, bordering on instinct, as well as the knowledge about links and potential changes occurring within the community of a certain crypto and the cryptomarket as a whole.

Long term investing is easier and less stressful, as they only require carefully selecting an asset and waiting patiently. Ironically enough, this strategy is also tied with price changes. However, instead of focusing on them and taking advantage, it gives the user the comfort of ignoring them, concentrating on average increase in the span of weeks or even months.

A few rules for investing in cryptocurrencies

The characteristic of the cryptographic market makes it possible to sum up its most important aspects in a few subsections:

Investing – where to start

It should start with choosing an e-wallet, which is an application used for storing cryptocurrency units. They are divided into two types, correlated with the aforementioned investment forms: cold wallets, recommended for long term investments, and hot wallets, usually used in short term investing.

The main difference between them is the Internet access. Cold wallets are usually a separate device, while hot wallets can be installed on any device, like a smartphone, tablet, or computer. Individual wallet offers can differ depending on which cryptocurrency they are meant to store, as some of them have additional storage requirements. It’s also good to take interest in additional safety measures, especially in the case of hot wallets, as they are at a higher risk of a hacker attack due to their internet connection.

Next you should pick a way to obtain the cryptocurrency units themselves. The most popular ways to do that are a crypto exchange or an online crypto-cantor The exchange is a fairly popular solution, mainly due to the vast amount of available cryptocurrencies, but it has its downsides. First and foremost, the legal regulations in the USA and EU require exchange owners to verify the identities of their clients, which violates the anonymity principle of crypto. Unfortunately, users who want to bypass this requirement have to deal with the higher risk of using platforms registered out of the EU and USA. The exchanges in themselves attract internet thieves due to the large amount of stored and traded cryptocurrencies.

A much simpler and more convenient solution is using an online crypto-cantor. They are considerably more safe, as the units are stored for a very short amount of time needed to complete a transaction. Thanks to this it is also much easier to find a cryptocurrency cantor with no registration, which will allow for maximum anonymity with a minimum of formalities. A good example of a service like that is Crypto-ATM , which not only doesn’t require users to set up an account and go through the process of verification, but also offers a wide variety of currencies, allowing for exchange in as many as 24 crypto-fiat pairs.

Cryptocurrencies are the technology of the future and it’s definitely worth investing in it. The increasing popularity and awareness makes more and more materials easily available for people on all levels of knowledge. That’s why with proper preparation, knowledge, and patience anyone can enjoy this new technology with the help of adequate tools, like digital wallets and independent cryptocurrency cantors. 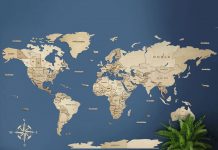 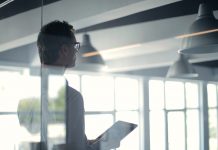